Magic chain he stole from the White Impermanence (a Chinese psychopomp who guides the souls of the dead to the underworld) It is his first real magical weapon. It has the power to bind ghosts and souls. Can be refined (ch-23)

Qin Chao's old bicycle that he turned into a magic treasure. It still looks like a normal bicycle, but is sturdier, and much faster than even the most advanced bikes on the planet. With it, Qin Chao can even outrace high performance sports cars

A magic ring that is able to be used to store objects in a space, allowing them to appear and disappear with ease, and without taking up space on the body, or extra weight. This is an essential thing for a cultivator. It actually has ten square meters of space within it. You can use this to store your weapon. When you need to use your weapon, you can take it out again, it’s very convenient. Qin Chao obtain it from Rosy (ch-23).

A magical sword that was given to qin chao as a gift by rosy.

The weapon left after the death of the Great God Pan, which is open to the earth, is a double-headed axe. Separated by ghosts and human beings into two single axes, they are pressed under the column of the four-door rule and the four-door rule. After being restored by the Qin Dynasty with the power of God, it was doubled and then absorbed by Tianjian.

Created by Luo Nie (Immortal Piaomiao), one day outside is equivalent to one year inside. Full of energy.

Created by Xiao Pan and Han Yuzhe. Can replicate the aura and figure of someone, a treasure to change appearance.

Immortal Furnace that is used to make Pills

Obtained from Lens, an Explorer level Zero World Law Enforcer. Evolved to Guardian level of absorbing Yu Hai's Tracker level Proliferation Silver Coat. Can take the form of any clothe and grant power that conform to the level of the coat. 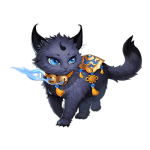 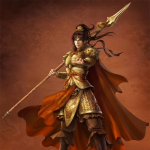 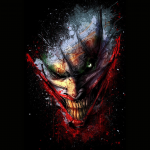 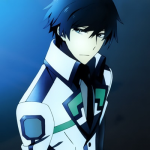